The Aboriginal Affairs Executive Committee, in partnership with the Office of the Commissioner for Public Sector Employment and IPAA SA, are honoured to have hosted a forum for Aboriginal and Torres Strait Islander people employed within the South Australian government. Nerida Saunders is a Murri woman from the Kamilaroi Nation, born in Moree in Northern New South Wales (NSW).

Since arriving in South Australia Nerida has held the positions of Director Children, Youth and Family Services, General Manager for the Aboriginal Housing Authority SA, and since 2009 the Executive Director, Aboriginal Affairs and Reconciliation within Department for the Premier and Cabinet.

Nerida was awarded the Public Service Medal as part of the Australia Day Honours in 2016 for outstanding public service in the provision of leadership and advocacy in the area of Aboriginal Affairs and Reconciliation.

Nerida sits on a range of boards and committees, including the Premier’s Council for Women, Child Protection Reform Portfolio Management Board Issues group on Suicide Prevention, and Exceptional Needs Executive Committee, to name a few.

In her spare time Nerida enjoys playing Golf and reading. Prior to joining the South Australian Department for Correctional Services David work for G4S, a multi-national security, care and justice company. Based in Canberra he had responsibility for leading the operation of immigration detention services across Australia. David worked as both the General Manager of Maryborough Correctional Centre in Queensland and as the Assistant General Manager of Acacia Prison in Western Australia.

David joined DCS as Executive Director, Custodial Services in 2009. Since then he has played a key role in strengthening security and emergency management standards across the system; placing a renewed focus on offender rehabilitation, education and vocation training; and building community partnerships to improve reintegration of offender back into society once they leave prison.

David is passionate about creating an integrated approach to offender management that involves meaningful activity combined with targeted rehabilitation.

Appointed as Chief Executive in September 2012, David has overseen a critical period of growth across the Department for Correctional Services. He has led the commissioning of 1,280 beds and critical support facilities across the correctional system.

The South Australian Department for Correctional Services is pursuing the ambitious goal of reducing re-offending by 10 % by 2020. David is focussed on implementing strategies that drive down the rate of re-offending including increased investment in rehabilitation programs, strengthening alternatives to custody such as Home Detention and building better prison services.

Leadership development and succession planning has been a key focus for David with the Department for Correctional Services well positioned with an experienced Executive and Senior Management group. 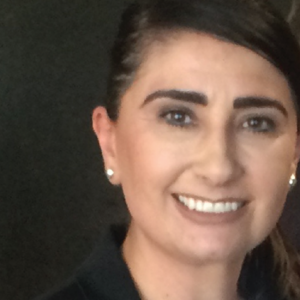 Loretta Romeo is a proud descendant of the Kaurna, Narungga and Ramindjeri people. Loretta has a diverse professional background, having worked in the private and public sector, in industries including correctional services, education, housing, urban development and renewal, banking and professional services and agriculture and aviation across geographical and international markets.

Loretta is a values-based leader with a commitment to unlocking potential, attracting, and retaining talent, and increasing workforce participation of women and young people; specifically, First Nations people. Loretta takes a lead role in driving cultural change to influence the development of policy, programs, and operational environments to create greater economic and social outcomes for First Nations people.

Loretta is a strong advocate for corporate responsibility and contributes her knowledge and experience to various committees, organisations, and boards in the areas of Aboriginal engagement, cultural safety, diversity and inclusion, Reconciliation Action Plans and building Aboriginal capacity and capability to empower self-determination.

Since July 2020, Loretta has co-chaired the Economic Participation Working Group, part of the South Australian Governments Aboriginal Affairs Executive Committee which oversees a whole of government strategic approach and implementation striving to improve outcomes for Aboriginal people through employment and procurement opportunities.

Outside of work, Loretta is a mum to Mitchell who is 16 and Isabelle 11. Cathy commenced as Chief Executive to lead the new Department for Child Protection (DCP) in South Australia in October 2016.

Cathy joined the department from Queensland, where she was Deputy DirectorGeneral, Child Family and Community Services, Department of Communities, Child Safety and Disability Services from 2013 to 2016.

Cathy brings more than 15 years of experience as a senior public servant in Queensland, working in and across strategic policy, legislative reform, planning and service delivery roles in the areas of child protection, youth justice, disability services and domestic violence.

She has previously been a Director of ANROWS - Australia’s National Research Organisation on Women’s Safety and is currently Chair of, National Forum for Protecting Australia’s Children.

In 2018 Cathy was appointed to the ANZSOG Alumni Advisory Council. Damien Walker was appointed Chief Executive of the Department of the Premier and Cabinet in April 2022.

Damien is an experienced executive who has a broad background in strategic planning, industry development and public policy.

He was formerly Director-General of the Department of State Development, Infrastructure, Local Government and Planning in the Queensland Government. In his various Director-General roles, he drove economic growth and job creation and successfully led Queensland's delivery of the 2018 Gold Coast Commonwealth Games.

Immediately prior to returning to South Australia, he led the Queensland Government’s flood recovery efforts.

His background also includes senior executive roles in the South Australian Government in infrastructure planning and delivery, investment facilitation, contract management and reform implementation, including working on the construction of the new Royal Adelaide Hospital, the Glenside campus redevelopment and the SAHMRI building.

Damien has also served on a number of boards in the areas of economic development, trade and investment.

Above all, Damien is passionate about gender equity in the workplace and the prevention of domestic and family violence. He is also driven to deliver initiatives to create opportunities for First Nations people.

Damien is married to Tamara and has three young daughters. Prior to joining OCPSE, Talitha has held various roles with a particular focus on Learning & Development, Cultural Capability and Aboriginal workforce initiatives. Talitha’s professional career started with the Office for the of Commissioner for Public Employment as an Aboriginal trainee and has since returned to OCPSE in the Director role. Talitha has worked across various State & Federal Government departments building her own capabilities to influence better outcomes for the Aboriginal community.

As the inaugural Director, Aboriginal Workforce Partnerships, Talitha will oversee a range of engagement strategies and programs that build the capability and capacity of the South Australian Workforce in both the public sector and the Aboriginal Community Controlled Organisation (ACCO) Sector.

It will also provide specialist strategic and cultural leadership and co-ordination to identify, influence and establish a sustainable ad impactful model for professional development and cultural learning exchange between the public sector and ACCOs in South Australia as identified in the National Agreement on Closing the Gap to help grow the ACCO sector. Judith Lovegrove is a Ngarrindjeri woman with cultural connections across South Australia with Walkandi-Woni, Wirangu, Kaurna and Narungga nations, currently holding the role of Adviser for the Office for the Early Years as well as the Co-Chair role of the Aboriginal Affairs Executive Committee working group ‘Building Capacity for Vulnerable Families’.

Judith has extensive vocational experience working with children, young people and adults in different capacities, including therapeutic counselling and intensive family-based support with a focus on child protection, family preservation and early intervention. With a broad work history, she has held several roles in both government (Department for Education, Department for the Premier and Cabinet, Department for Child Protection, and Department for Health and Wellbeing) and non-government organisations (as Registered Training Organisation Manager, Counsellor, Program Manager).

Over the years, Judith has contributed to many national, state, and local initiatives that work towards closing the gap and largely, empowering Aboriginal people and voices with an emphasis of improving culturally responsive service delivery for organisations and departments.

Judith holds qualifications in psychology and is a Media Spokesperson for the Centre of Best Practice in Aboriginal and Torres Strait Islander Suicide Prevention; therefore, holds a strong passion for mental health and social and emotional well-being. With a dedication to broader social justice issues, she continues to be involved in many different pieces of work, such as a University Lecturer, an Employee Assistance Program Counsellor, an active advocate for Aboriginal Affairs and maintains involvement on several committees that aim to improve the health and wellbeing of families, including initiating the South Australian Whole-of-Government Anti-Racism Strategy and recently appointed Advisor to the Oversight and Advocacy Authority for Aboriginal Children and Young people.

Costs
There are no costs to attend the forum. Employees who live outside metropolitan Adelaide who wish to attend are to discuss their travel and/or accommodation arrangements with their line manager.

We are seeking representation from all departments to support a diverse voice from staff. Therefore there may be limits to how many employees can attend from each department. You will be notified if your department allocation has been exhausted; however, we will keep a waitlist if any openings arise.

An opportunity for the streaming and/or recording of sessions is being explored to enable those who are unable to attend access to the sessions.